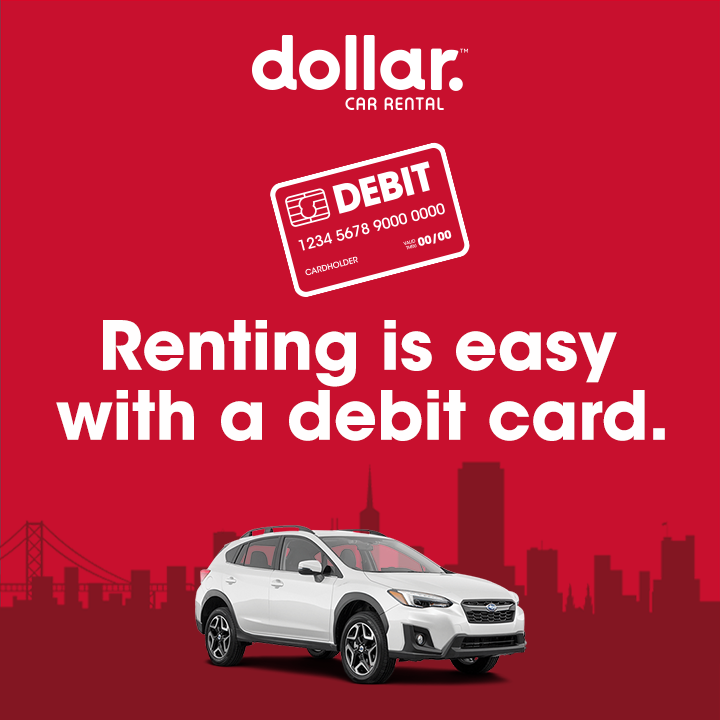 They were awesome. Super nice staff that provided wonderful service and had great cars. I totally got hosed by Hertz (never again) so I was thrilled Dollar was there to take care if me. Definitely will be my go to whenever in OKC!!

Customer Service was fantastic on the phone and at the rental counter.The challenge was when I went to rent a vehicle they did not take a debit card because I was a local resident,due to previous thefts that has occurred from other people that use debit cards and then clean out their accounts and then steal the .I would love to see strict guidelines put in place rather than decline debit card use. Credit Cards were not an option for me so this really was a wasted trip and a hard lesson in reading the fine print when you go to use a rental car company and know beforehand what their policy is. Not their fault,but my lack in reading clearly the policy,maybe it would be a good Idea to alert people when they call to reserve a vehicle.

U guys lost a 11day reservation ,Im not told until I arrive WE DONT ACCEPT DEBIT CARDS!!! WHICH IS TIED TO MY CKING ACCOUNT,SOOO GLAD I went RIGHT OVER to the budget counter reserved,pked up car & saved over$100.00.Wouldnt EVER TRY YOUR COMPANY AGAIN, 61YRS OLD PERFECT DRIVING RECORD!!

This company scams you!!! They charged my account three times for $400, $100, and $380 dollars and they did not offer me any credit. I am so upset and I talked to a supervisor that gave me no information. He told me to call my card company and get it disputed. So now I’m going to report these as fraud because none of these transactions were authorized. Such a scam.

Rudest rental agent ever. Suggested I was lying to her about whether I was driving the car when my daughter, who IS driving, went to pay for it. Said “we don’t have any cars”. We took an Uber

Absolutely worst customer service ever! With the rudest employees!

Really polite and professional.Willing to accommodate and by far the best prices.Enterprise has always changed my vehicles to a smaller one, but Dollar gave me pretty much exactly what I reserved as far as the size of car.Good service & good people.

Id give a negative if I could! I rented a vehicle for 4 days. Signed a contract at a rate of $25/day. Upon returning the vehicle (within 15 minutes of stated return time) I was told to wait for attendant. I did. For another 15 minutes. Car was checked in, I was told no problems, and thank you. Next day, my credit card showed charge for almost double. I called customer support and was told I was being charged 5 days at $45 / day. 5th day charge because my return was more than 30 minutes late. Anything over an hour is an extra day. Who does this? I have spent more than 4 total hours with 3 representatives who have assured this mistake would be fixed. What has happened, is an additional $261 charge, (so now 4x the rate) and no refunds)Major issues with this company! And what theyre doing is criminal!

System was down when I checked in so had to do a paper agreement. It took awhile but no big deal. After returning the vehicle a week later I was told the receipt would be in my inbox directly. This is important for expense reports-it never came. Called after a couple days was told that the car was never returned...they said they got that figured out and I would get my receipt shortly. Never came. Called again and was told this location is a franchisee so I needed to call the location directly to get my receipt. Called multiple times-phone rang and rang-and disconnected. Never got my receipt. I strongly recommend not using this company.

Gave me a very nice new car, worker was very professional and helpful.

My wife rented a car in the St Louis airport. When she checked in, they told her she would receive an upgrade. When they asked about additional coverage, she declined. They told her it would be provided at no cost. She was given an suv and sent on her way. She had it less than 24 hours. When she received the receipt it was not for her rental. It was for a ladies rental from another state. I received a charge for over $120. the booked price was $59. I called the airport office and was treated very harshly. I was told I had to pay and that was that. I called the corporate customer service and was told that The original booking was never activated. They could not trace the rental through my wifes credit card or drivers license. They would investigate and get back to me within 48 hours. I never got the return email or call as promised. I now see the credit card was updated and now charged $162. Do NOT use this company. It appears the more you complain, the more they charge. They did not let my wife take the contract with her when she returned the car. (They insisted on keeping it) I have never received any receipt for the actual rental for my wifes car.Update. I received a bill now for $361. The St louis Airport office now says the car was out for 3 days. It was returned in one. I am turning it over to the authorities.

Absolutely the worst rental experience I have ever had out of thousands. Stay away. -world traveler

Wish there were 0 stars or even negative ones... called to ask a simple question and was hung up on. They would not answer when I called back.

Absolutely fabulous customer service! They anticipated all my needs and the car was beautiful too.

Old car model with 30,000+ miles on it. Smelled like smoke, despite appearing to be clean. Poor gas mileage, with 5% Oil Life Remaining according to the cars computer. The steering wheel had a lot of play in it, to the point that it was distracting to drive. Appears as though they buy the old cars from other agencies, and pass them off as their own. For $300 and less than a full week of rental (6 days), I expect much more. Spend your money elsewhere. Staff was fine, just completely let down by fleet of vehicles.

Really Zero stars - worst car rental service. I was told that my insurance would not cover loss of use - lie. I was told that I could bring the car back and they would only charge me for gas they put in, not full tank - lie. I will never use them again and I recommend that no one else use them.

Exactly what you expect. Easy to rent a car

Nerver rent from them. Unprofessional and the absolute worst experience ever.

They went far and beyond to find me a c as r, Thanks

Too expensive, I dont want to buy the car I just wanted to take a trip.

Make sure you get your receipt while dropping off. Ive rented from this location 3 times and twice they promised to e-mail my receipt (even confirmed my e-mail) and it never came. It actually took 3 calls to get it e-mailed.