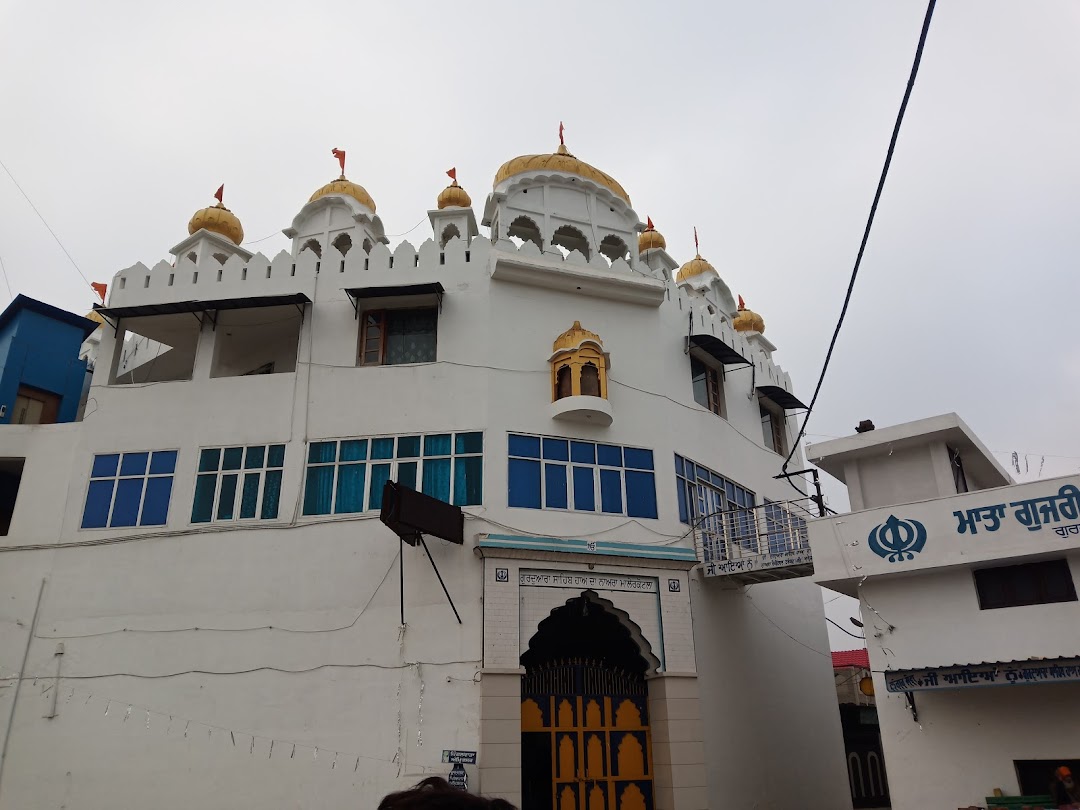 THE NAWAB OF MALERKOTLA SHER MOHAMMAD KHAN HAD ALONE OPPOSED THE ORDER OF THE NAWAB OF SIRHAND WHO HAD ORDERED TO BRICK THE CHOTE (YOUNGER) SAHIBZADE OF SHRI GURU GOBIND SINGH JI INTO THE WALL .SHER MOHAMMAD KHAN WALKED OUT FROM THE ASSEMBLY AND HAD TRIED TO PROVE THAT THEIR WAR WAS WITH GURU GOBIND SINGH JI BUT NOT WITH THE INNOCENT CHILDREN. HE HAD SHOWN HIS SYMPATHY BY COMMITTING HAA DA NAARA.

This place is very nice 😊

We always tried to get blessings from guru sahib ji

Its Never Forget Place Behind A Great History ..

It is historical Gurudwara Sahib built in the memory of Nawab Sher Khan who helped The Great Chotte Sahibzade in Sirhind, It is a peaceful place, Sikh marriages also registered there....

Nice gurdwara for workship in malerkotla .

As Raja Malerkotla taken stands in favour of children of guru Gobind Singh g in the court of Raja Sarhand, so Gurudwara is a memory of blessings of Guru Gobind Singh

Commemorative place for communal harmony of city. Malerkotla, a Muslim majority state was established in 1454 A.D. by Sheikh Sadruddin-i-Jahan from Afghanistan,and was ruled by his Sherwani descendants. The State of Malerkotla was established in 1600 A.D. It is noteworthy that during the 1947 riots when Punjab was in flames, the State of Malerkotla did not witness a single incident of violence; through it all, it remained a lone island of peace.The roots of communal harmony date back to 1705, when Sahibzada Fateh Singh and Sahibzada Zorawar Singh, 9 and 5 year old sons of 10th Sikh Guru, Guru Gobind Singh, were ordered to be bricked alive by the governor of Sirhind. Wazir Khan, his close relative, Sher Mohammed Khan, Nawab of Malerkotla, who was present in the court, lodged vehement protest against this inhuman act and said it was against the tenets of the Quran and Islam. Wazir Khan nevertheless had the Sahibzadas tortured and bricked into a section of wall while still alive. At this the Nawab of Malerkotla walked out of the court in protest. Guru Gobind Singh on learning of this kind and humanitarian approach had blessed the Nawab and the people of Malerkotla that the city will live in the peace and happiness . In recognition of this act, the State of Malerkotla did not witness a single incident of violence during partition.Under British colonial rule, a Namdhari Sikh uprising was severely punished by the execution of 65 men and boys. Mr. Cowan (the Deputy Commissioner of Ludhiana) and Mr. Forsyth (the Commissioner of Ambala) ordered the Namdharis to be executed with cannons, without any trial, on 17 and 18 January 1872.During the partition of India, there were no riots or bloodshed in any part of Maler Kotla State. The last Nawab Iftkhar Ali Khan maintained calm and harmony during the turbulent period. He remained in India and died in the year 1982. His tomb is located in Shahi grave yard situated at Sirhandi gate, Maler Kotla. Many also attribute this peace to the presence of the shrine of Baba Haidar Sheikh, the Sufi saint, who founded the town of Malerkotla more than 500 years ago.A part of the ruling family of Sheikh Sadr-ud-Din Sherwani migrated to Pakistan and lived mostly in Model Town, Lahore, Muzzafargarh, Khangarh.Malerkotla is famous for its vegetables and badge-making industry, besides its poets and monuments.Information source: Wikipedia

Best worship place on road away from crowd.

A historical Guruduwara Sahib in Malerkotla. It is related to the nawab of Malerkotla and the tenth guru Shiri Guru Gobind Singh ji and their two younger sons.

EVERY RELIGIOUS PLACE OF EVERY COMMUNITY ALWAYS THE BEST, SO NO OTHER COMMENTS

THE NAWAB OF MALERKOTLA SHER MOHAMMAD KHAN HAD ALONE OPPOSED THE ORDER OF THE NAWAB OF SIRHAND WHO HAD ORDERED TO BRICK THE CHOTE (YOUNGER) SAHIBZADE OF SHRI GURU GOBIND SINGH JI INTO THE WALL .SHER MOHAMMAD KHAN WALKED OUT FROM THE ASSEMBLY AND HAD TRIED TO PROVE THAT THEIR WAR WAS WITH GURU GOBIND SINGH JI BUT NOT WITH THE INNOCENT CHILDREN. HE HAD SHOWN HIS SYMPATHY BY COMMITTING HAA DA NAARA.

Religious gurdwara Sahib built in Malerkotla city. This gurdwara sahib has some historical background related to the Tenth Guru of Sikh religion Shri Guru Gobind Singh Ji and Their sons. When wajir khan arrested the two sons(chhote sahibzaade) of Guru Ji and called a meeting in his court... In which many kings(nawabs) were present, along with nawab of Malerkotla then he (wajir khan) asked them that what to do with the sons of Guru Ji. At that time it was only and only the nawab of Malerkotla, who stands opposite to the rest of people present there and said that the sons are innocent and therefore should not be punished but wajir khan didnt agree. hence, the nawab of Malerkotla leave his court and due to his bravery Guru Ji blessed him. Eventually, this gurdwara sahib is made in order to remember his bravery.

Malerkotla city. Historic Gurdwara Sahib in the memory of Nawab of malerkotla who stand with Chhote Sahibzade against Mughals

A great place and peaceful also

A great historical place of Malerkotla

This religious place is near my residence ..I feel comfortable for going to prayer there.it is situated in Krishna Colony not in Sajda Colony..Sajda Colony is for away from this place ..please note this.

Its beauty of Malerkotla city.

Good place for prayer and meditation

The only with lift service

Yes am visit this Palace.

Gurudwara. A must visit place

Nawab Sher Khan Malerkotla, shouted slogans against the sentence given to the younger Sahibzadas,

Waheguru is not good