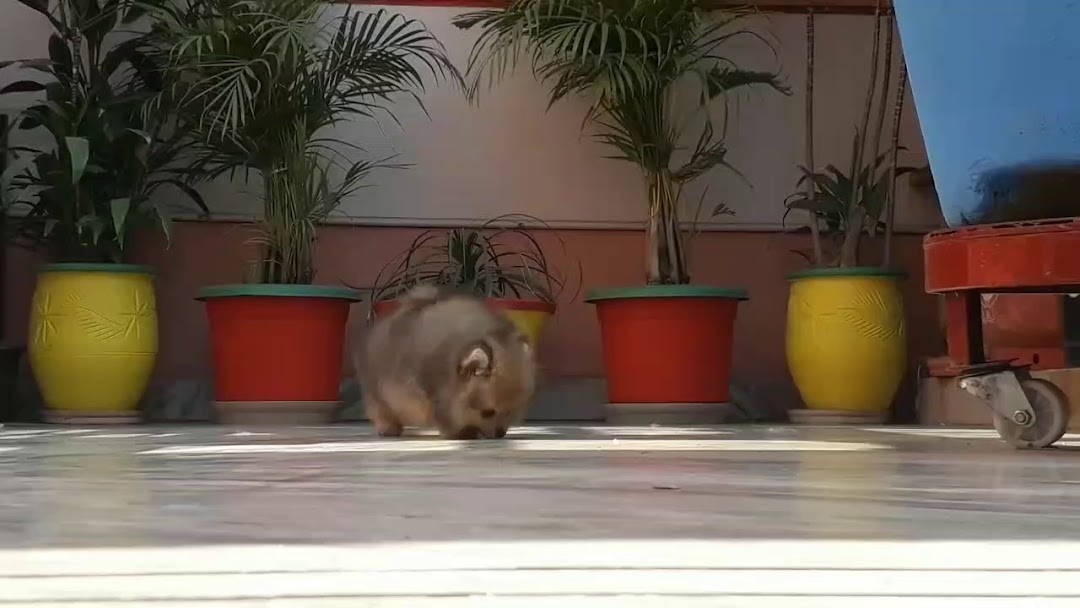 I got 35 days of Labrador Retriever from the breeder and from the next day since he arrived, he has got acute diarrhea which has gotten diagnosed with Parvovirus symptoms, he is being treated with antibiotics and I have been told by the doctors that his mother has not been vaccinated properly that why he has got this situation, the breeder should be giving at least more than 45 days OLD puppy. Although, the breeder suggests and recommends and responds to your queries very promptly.

I got a month old male beagle from here. He was in excellent condition and of pure breed. I live in Bikaner and they got him delivered to me. This was my first time at getting a dog and the breeder guided me through the initial days. He was constantly checking on us and was always there to help when I had questions. Highly recommend this breeder :)

Hey gaurav bhaiya, can you suggest me best dog food for my puppy, I am mitali who purchased Labrador from you 2 months back. Remember?? Please call me.. And yes thank you so so so so much for this lovely pet.

I call owner for the adoption but he is so rude tone only said no and cut my call. If he dont want to give then why he respond. I really dont like. If they dont want to give then why they tell that they have Pomeranian and German Shepherd. 😤😬I check reviews in this many people said this is not good and really that person is very bad and rude.My question for adoption its means free but i also said in that i want free of cost. then why that rude person reply without read my full question.

Its good...bt i call the owner and he cuts my fon call..nd not call back..i just want to adopt the pet...bt no response...its very rude sir....

Gaurav ji is a future star of dog industry...Satisfy with your knowledge and work

Nice service but not best

Best pet shop in jaipur. Must visit and trusted shop.

We are more than happy to be a loyal customer of mr dog...after sales service is exceptional

Keep it up guys you are really doing good work...

Dog available but price is so high

Good experience with Mr. Dog pet shop. I just purchased one cute dog puppy from there. He is so sweet and Healthy.. i wish u always do this kind of great job. Thank you so much for giving us this pet. God bless you..

This is so good

I want to buy a puppy. LabradorWhat is the price plzz tell fast plzzz sir

Can i adopt a cat?

I buy a labi from mr. gaurav ..he give me at reasonable price ..☺☺i am happy.

You guys are really spreading love

God bless you guys keep it up

Awesome breeds they have really..

The best pet store in jaipur

Amazing place, honest people with very good after sale response and puppies are sourced from best breeders in the best possible price. Keep it up guys

After delivery of puppies he is not receiving call or answering messages. No dog vaccination card given to me. Before purchasing he was saying he is all registered and all the certificates will be given to you. After dog comes he said i forget the document to add. Then i said courier them. Then he says i am out of town. Now its 6 months. Also, i have given him 1200Rs for buying food but he didnt deliver the food and also not refund Rs.1200 still. Dog Shop owner dont know the value of their customers. Very bad service but puppy quality is good. Please refund my 1200 rupees

Nice shop you can buy little puppy and dog food and accessory.

They have quite supportive staff that explained me everything about my fish and their care. Service at reasonable price!

Mr dog provided me best quality of puppy... Im really happy with their services.. Its a Gud place to buy variety of dogs with very good quality

Best place for dog training. Trainer is good with well timing super commands. And very familier with pets.. I suggest to go for it.. Thank you

Today, some dogs are used as pets, others are used to help humans do their work. They are a popular pet because they are usually playful, friendly, loyal and listen to humans. Thirty million dogs in the United States are registered as pets.[1] Dogs eat both meat and vegetables, often mixed together and sold in stores as dog food. Dogs often have jobs, including as police dogs, army dogs, assistance dogs, fire dogs, messenger dogs, hunting dogs, herding dogs, or rescue dogs.They are sometimes called canines from the Latin word for dog - canis. Sometimes people also use dog to describe other canids, such as wolves. A baby dog is called a pup or puppy. A dog is called a puppy until it is about one year old.Dogs are sometimes referred to as mans best friend because they are kept as domestic pets and are usually loyal and like being around humans.

Best near by pet shop in Jaipur...

WHAT IS THE STARTING RANGE OF DOGS

This place got my heart

One of my favourite place

THANK SOO MUCH SIR . It dog soo cute and health . I perches buy today . I real lucky dog my life. it is wonderful brand .

One of my favorite place

Best place for buying a pet

Thank you so much Mr.DOG.You have added a lot of happiness in our family.We are really thankful to you that you helped us a lot to choose a perfect puppy and also youve given us a perfect advise to give the proper care to the baby.The most genius thing about the owner Mr.Hemant is that he have a soft hearted attitude and a softly spoken nature which helps us...i can declare on my behalf to the people who all are reading this that if you want to go for a perfect puppy than give a chance to MR.DOG.

Thank you so much Mr.DOG.You have added a lot of happiness in our family.We are really thankful to you that you helped us a lot to choose a perfect puppy and also youve given us a perfect advise to give the proper care to the baby.The most genius thing about the owner Mr.Hemant is that he have a soft hearted attitude and a softly spoken nature which helps us...i can declare on my behalf to the people who all are reading this that if you want to go for a perfect puppy than give a chance to MR.DOG.

Good concept In pet industry and thanks for keeping my dog as a hostel.. good luck Mr. Dog

I love mr. Dog pet shop just because of its a hub about everything related to pet. Nice pet shop, superb pet salon and yes the 24 hours emergency call pet clinic. Thanks Hemant Singh for your lovely support

Best pet you can have from this guy!!!Reasonable and reliable source in jaipur.

All dog lovesr must visit there

One of my favorite palace

I purchase a dog from Mr. Dog he gives me a very good quality puppy I suggest everyone who wants a new member in their family purchase from Mr dog

Best in area can buy any bread at reasonable price

Thanks to Mr. DOG for giving us beautiful member for our family. you guys are superb and nice pet shop.

Best pet shop in Jaipur. I suggest you kindly take a pet from mr. Dog only. I really love it.

I purchased a new puppy from Mr. Dog.. I really loved it. Thanks for your lovely suggestion. Thanks hemant

Great experience I had. I visited your shop nice service

Awesome service mr. Dog my dog is excellent now thank you. And you have good pets I ll buy one more pet soon.

Hemant bhaiya you really have kind nature. The way you advice its damn good.. Thanks to Mr. Dog for giving us a beautiful member for our home...

Dog hostel facilities is super. i alwys keep my dog at Mr. Dog hostel.. i suggest you all kindly try it. thank you Mr. dog

Best place for dog adoption and staff is good. I suggest you kindly go for it.

I just Recently Visit The showroom. I was good and nice services given by Mr. Hemant Singh. Thank to Mr. Dog Pet shop.

Wow mr. dog, one stop place for pet store, dog hospital and dog salon. I like this place and I suggest to go all of you guys that kindly go and visit. thanks mr. dog

This is the nice place I can say. I have buy two puppies from Mr. Dog shop

I have read all the comments. And now i have decided to not buy any pet from him. Or bhai paise dede in logo ke.

Nice To Talk With Mr. Hemant Singh, this is best Place for your Loving PetsThanking You Mr. Dog

Hemant is a big cheater and lier very unhappy with their services i received my pet in very critical condition so i suggest every one if u love your dog never drop him without personally visit of hostel i have doneva very big mistake.

One of the best shop for dog accessories.

Very poor experience with the owner. Drives his bike without helmet. With earplugs on. Chews paan and spits on the road (and other passer byes). When you leave early morning from ur office least thing you want is people spitting on you. Thats exactly Wat he does. Sorry mate for my abusive word. But thats what you deserved. Please dont spit on road and chewing pan masala causes cancer. Keep your pets and yours hygiene and mental well being in good shape. #swachbharat